Fengyu Warehousing celebrates the Lantern Festival with you!

It is said that the Lantern Festival lighting originated from the Taoist ritual of avoiding gods. The fifteenth day of the first lunar month is the Shangyuan Festival in Taoist culture. This day is the day of blessings from the heavenly officials.

In the period of Emperor Ming of the Han Dynasty, in order to promote the Dharma, Emperor Ming ordered that on the fifteenth night of the first lunar month, regardless of the nobles and commoners, all the lanterns should be lit to worship the Buddha to show respect and devotion to the gods and Buddhas.

Since then, the custom of lighting lanterns on the fifteenth night of the first lunar month has gradually spread across the country with the spread of Buddhism and Taoism.

Changzhou Fengyu Warehousing Engineering Co., Ltd. is a professional manufacturer specializing in the research, development, design of various material storage technologies and the sales and service of related products. The company has passed the ISO9001:2008 quality system certification and introduced European storage technology and warehouse equipment. , the core technology is in the first position of the country, and the development concept of "innovation and excellence" has made Fengyu storage brand one of the professional storage engineering production bases in China.

The design of steel silo conforms to the national standard of the People's Republic of China GB50322-2001 "Code for Design of Steel Silo". The main material is made of high-quality hot-dip galvanized sheet.

The company takes the concept of "innovation and excellence" as the eternal theme of the company's development. The company's products have achieved standardization, serialization, and specialized production. The products are exported to many countries and regions such as Asia, Europe, Africa, America, and Australia. 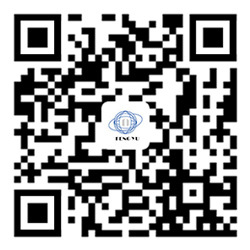